A lute with an illustrious past...

We were honoured to have the opportunity to work on a famous and delightful 7 course lute, after Venere, from master luthier Michael Lowe.

This lute was previously owned by Anthony Rooley, who having retired from professional lute playing (although he continues to work as a Visiting Professor at the Schola Cantorum Basiliensis in Basel) made one of his working lutes available for sale. This lute was very widely travelled, having been played around the world, including Sydney Opera House. Pictures of it can be seen on many of Anthony Rooley's albums, and it features in a talk on the lute in musical performance, where Rooley invites us to 'channel the spirit of Orpheus' for ourselves.

Following 25 years of playing by its former owner, the action had become eventually too high, so needed to be adjusted for its new owner. Modern instruments such as the guitar can often have their action adjusted without opening the instrument, due to modern elements of the truss-rod and removable bridge saddle. However on a lute, the options are more limited, and to reduce the action generally requires to open the instrument and carefully shave down the sides of the ribs. This has a long historical precedent - many historical instruments that have survived show signs of having had this adjustment made at some point.

Working on such an instrument requires the utmost care and attention to protect the patina built up from of years of playing that embodies much of the character of the instrument.

Below are some photos of the refurbishment. 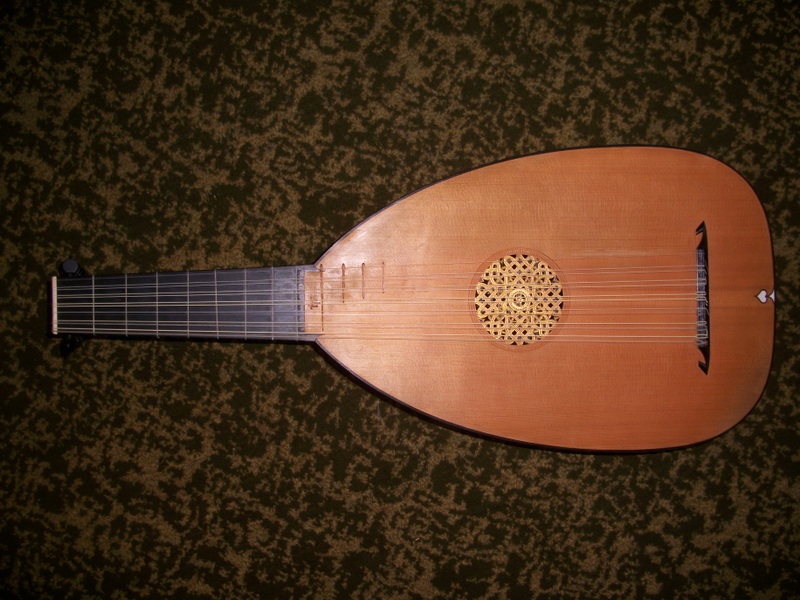 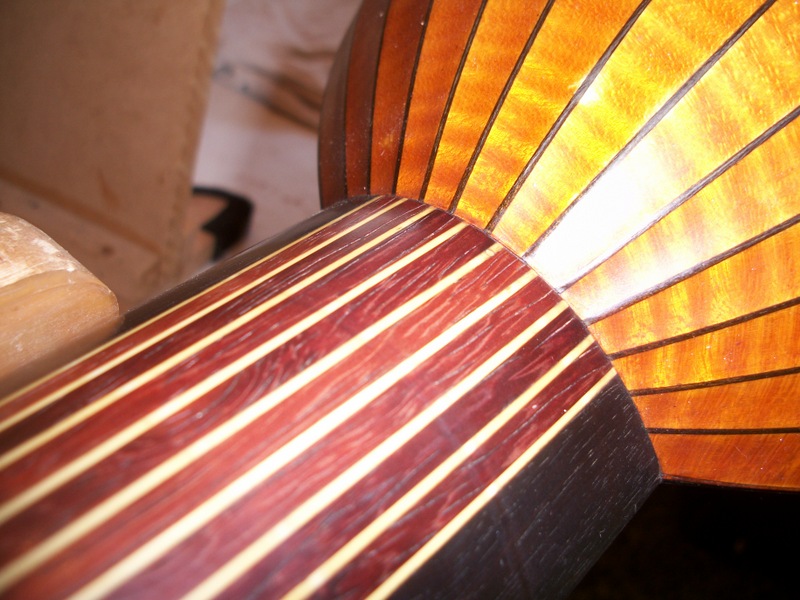 Pegbox veneered in ebony and ivory. 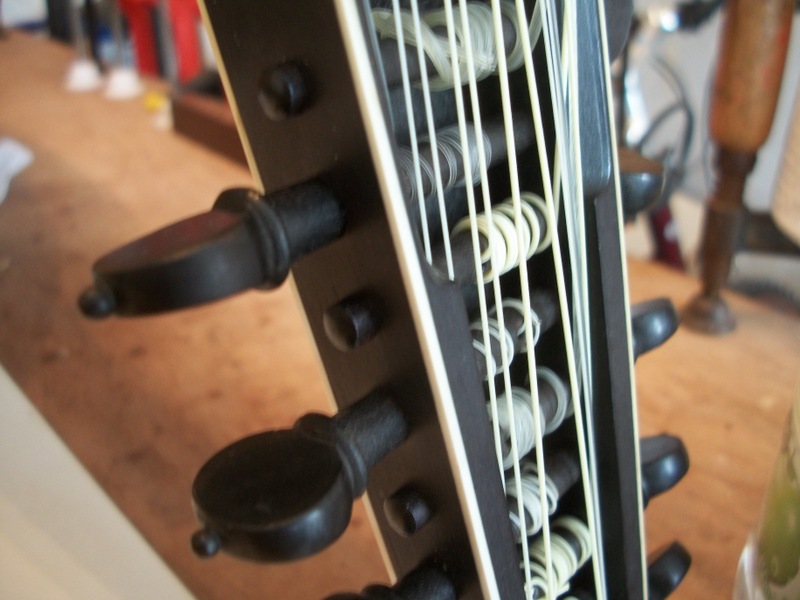 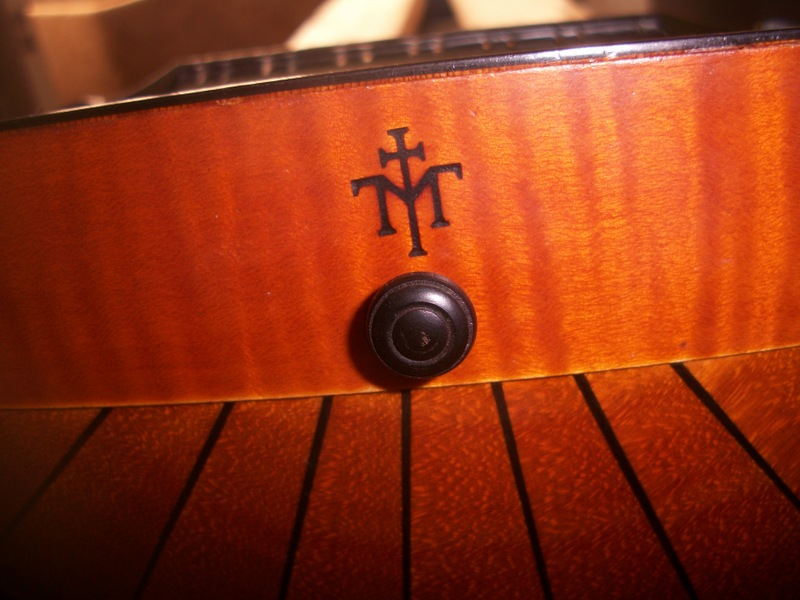 Having opened the top, we can carefully reduce the ribs in order to lower the action. It is painstaking work, as it is essential to continually measure the action as work progresses. Wood can only be removed, not added! 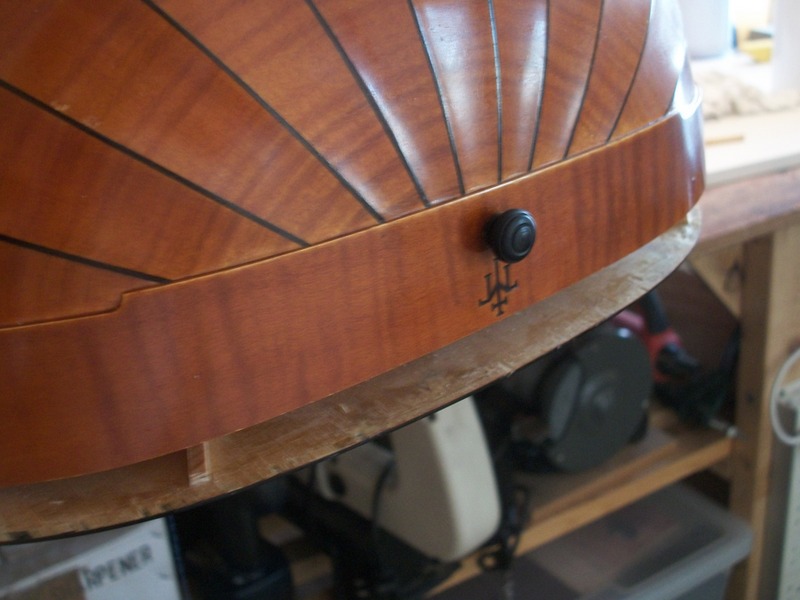 Measuring the action after closing up. It is now about 2.8 mm, resulting in a lute that is much more playable. 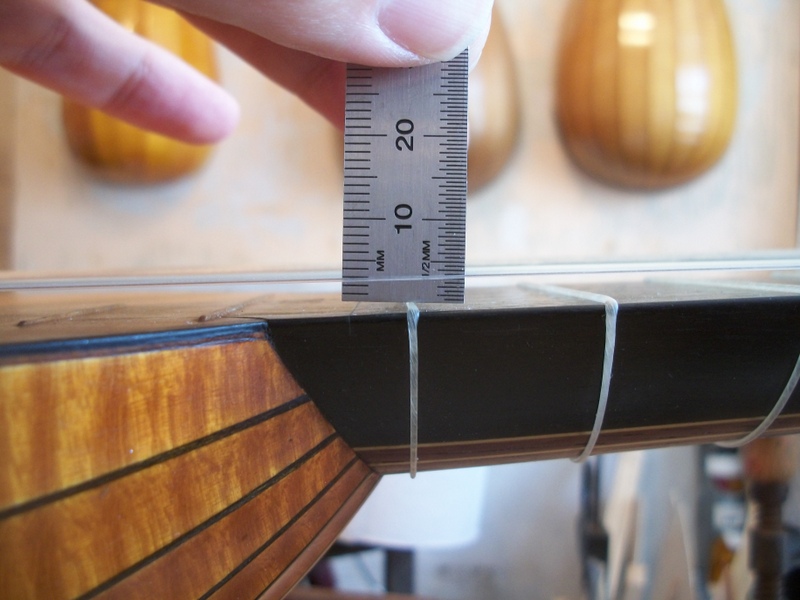 Contact us if you have a lute that needs refurbishing or some TLC.

See other repair and refurbishment and setup examples.