Refurbishment of a 6c lute by Stephen Haddock

This 6 course lute made by Stephen Haddock in 1997 needed some work to bring it up to a good playable condition. The instrument seemed to have been subject to some previous unsympathetic repair work, and there were a number of aspects that needed resolution:

However the instrument was of a reasonable design, constructed of appropriate materials and much of the lute itself was still in good condition, and so was a good candidate instrument for refurbishment.

Below is a photo journal of our repair work:

The instrument as received - it looks like it needs a bit of a clean, due to the stain covering the fingerboard and soundboard. 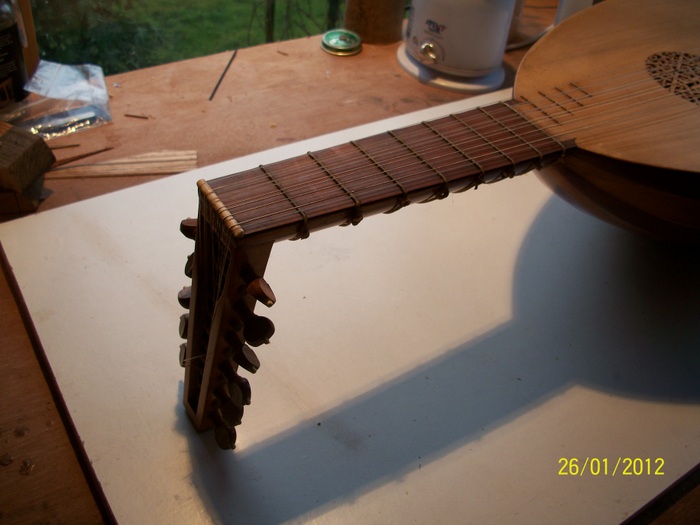 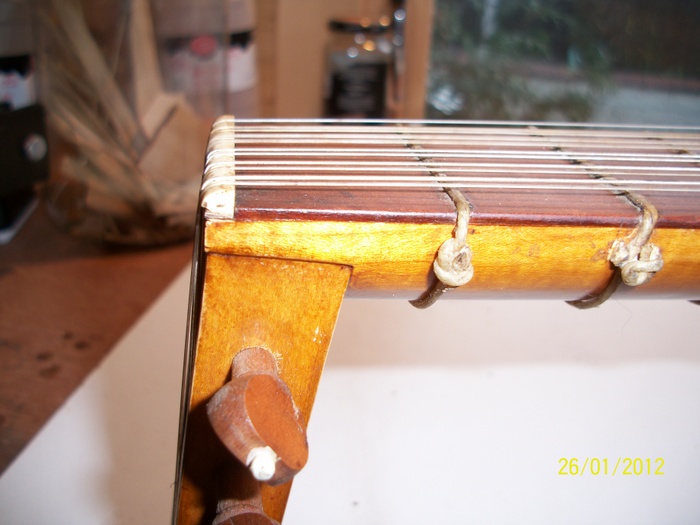 The thick frets being removed 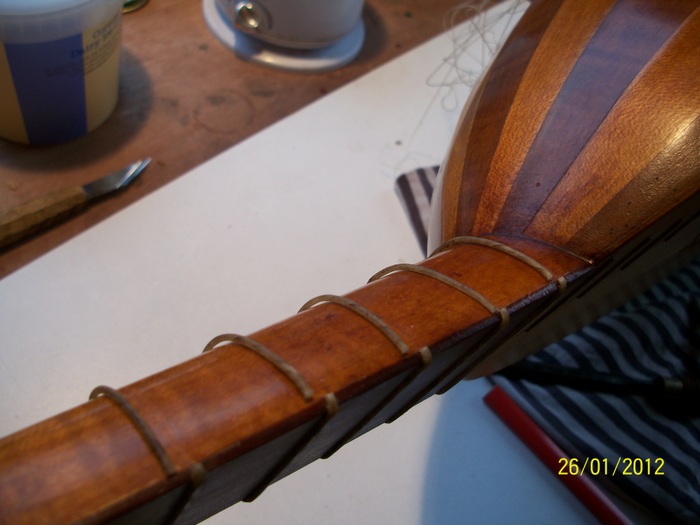 Fingerboard once the gut frets had been removed - showing the crusted grooves for previous metal frets added to this instrument. A new fingerboard would be needed. 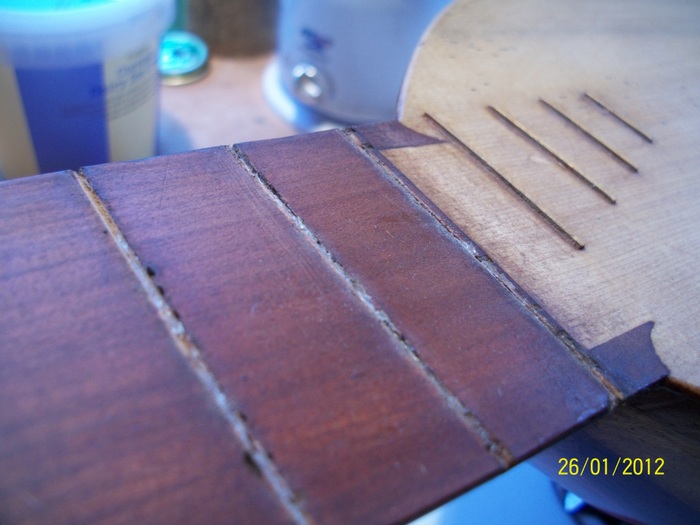 Top removed for revoicing, allowing the action to be fixed. 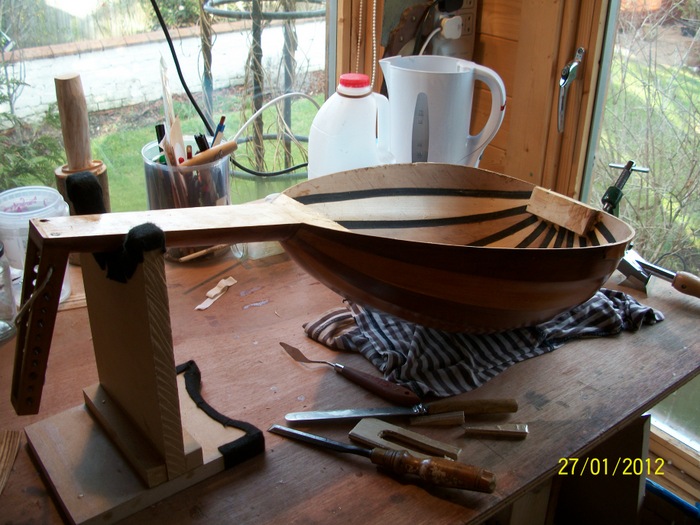 The design of its bridge was rather narrow without a chamfer/ramp on the rear edge. Together with the increased string tension this may have contributed to its previously coming off and being repaired. It may not be the original bridge. 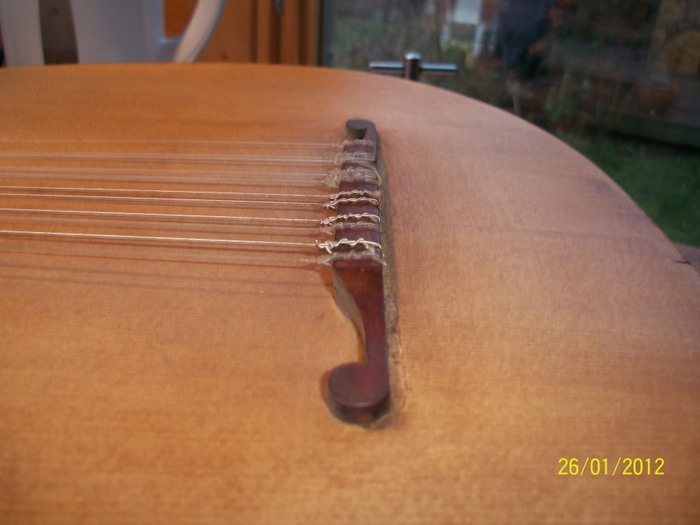 Removing the fingerboard using a pallete knife and some gentle encouragement. 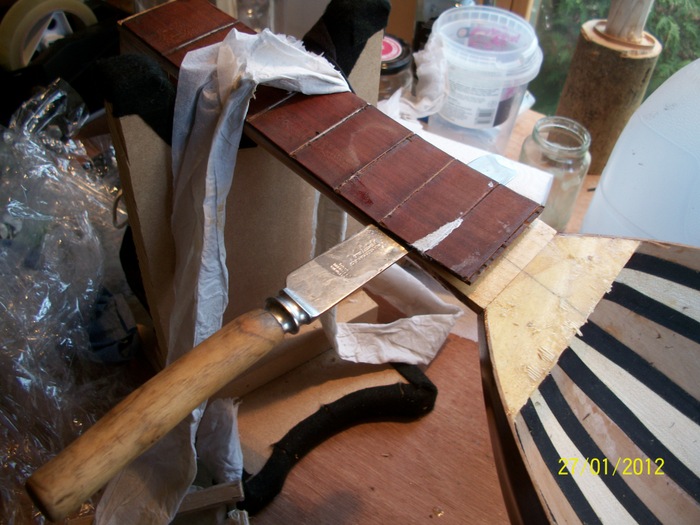 Original barring, showing a single treble bar and one bar between the bridge and rose bar. 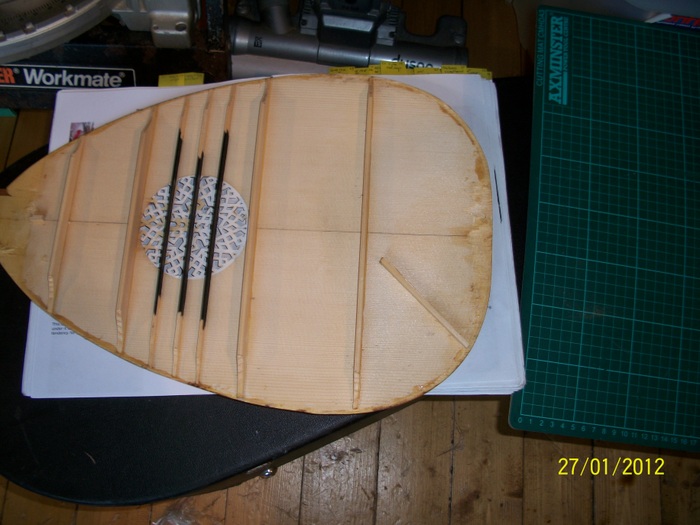 Revoicing the soundboard by planing it to the correct thickness for a standard renaissance lute. It was nice to see the original spruce underneath the surface stain. 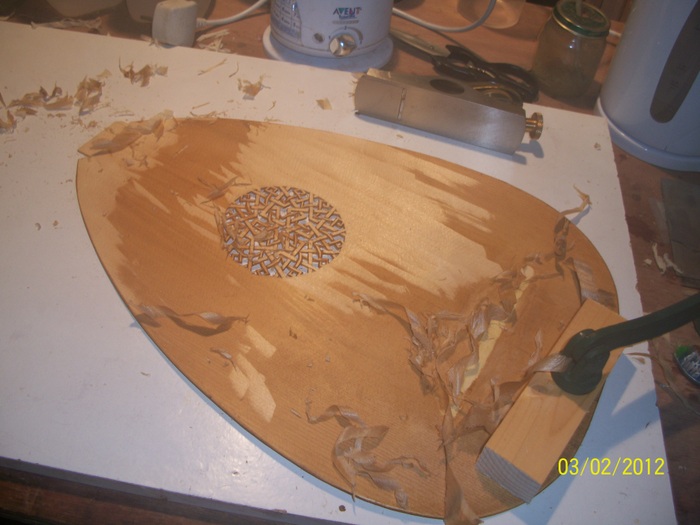 Soundboard after revoicing, and sanding 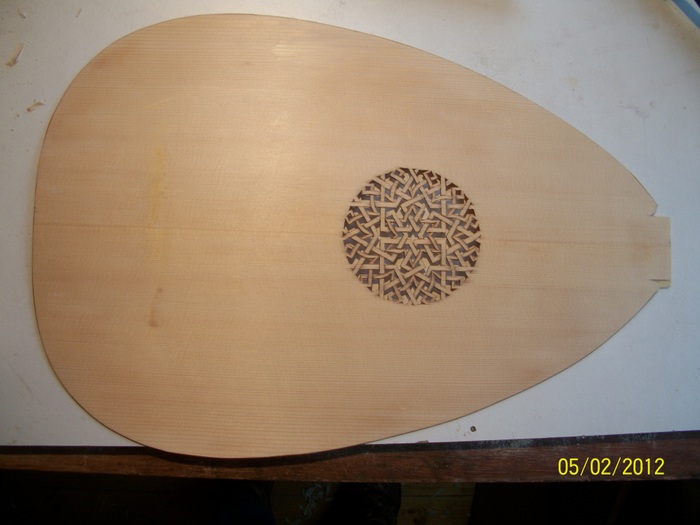 Prepared set of bars, reusing some of the originals 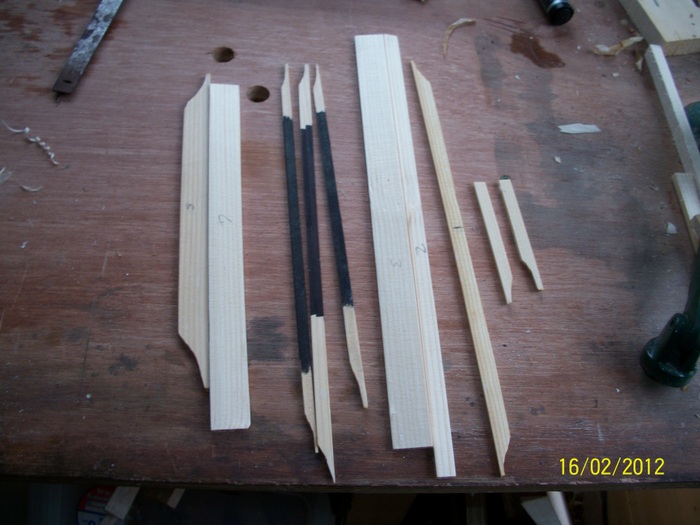 Glueing on the bars onto the soundboard using a go-bar system. 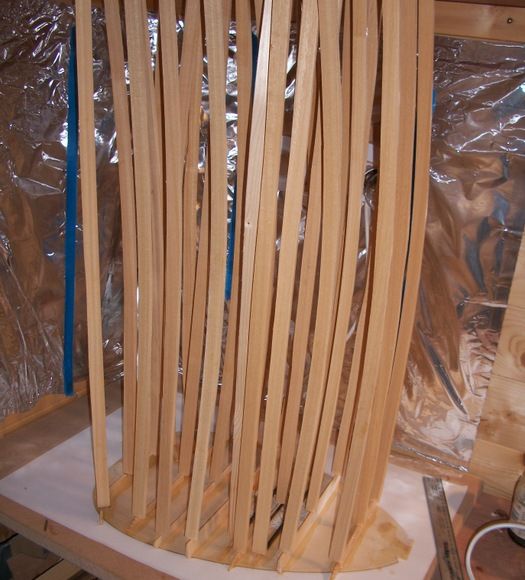 Some plumwood for the carving a new bridge. 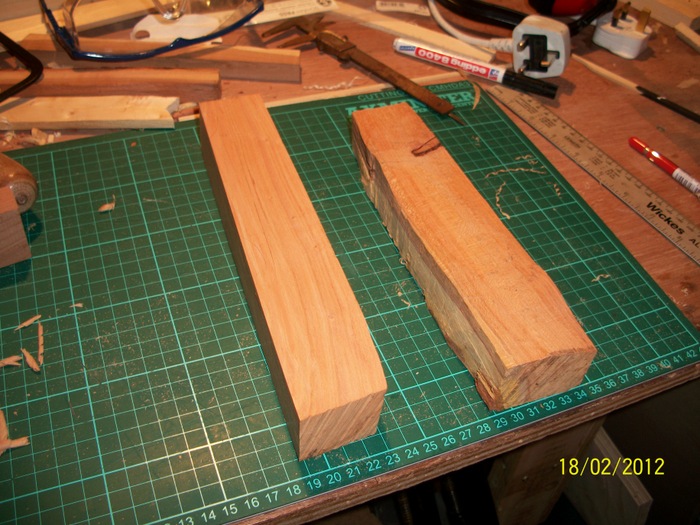 Glueing the new bridge in place 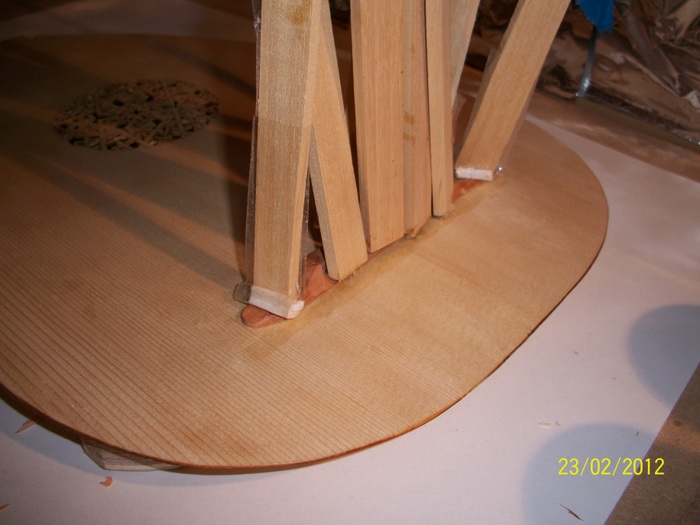 New bridge in place, ready to receive its strings, and the top is back on. 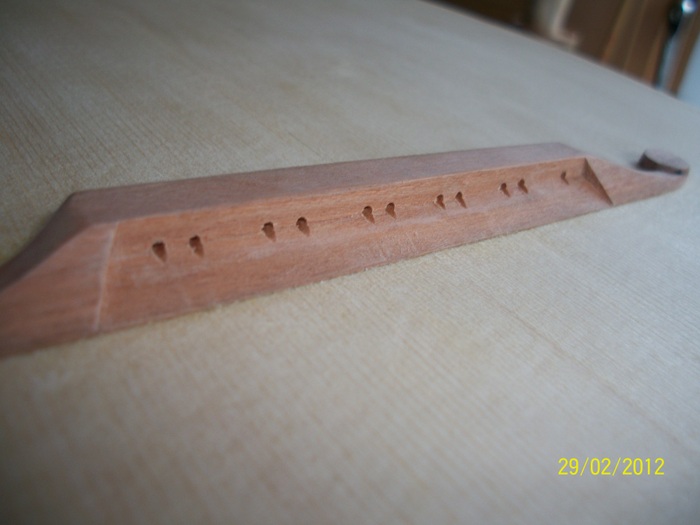 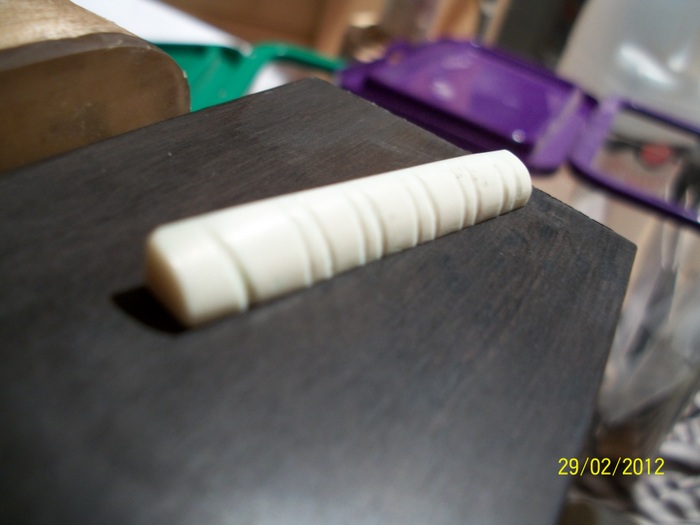 New ebony fingerboard, prior to finishing 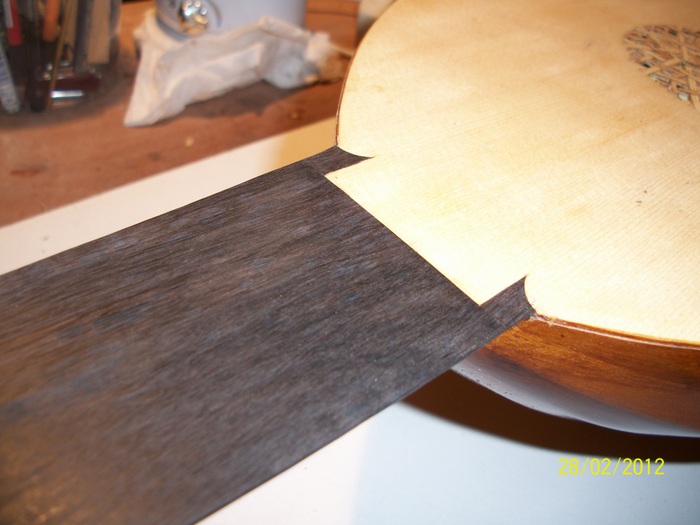 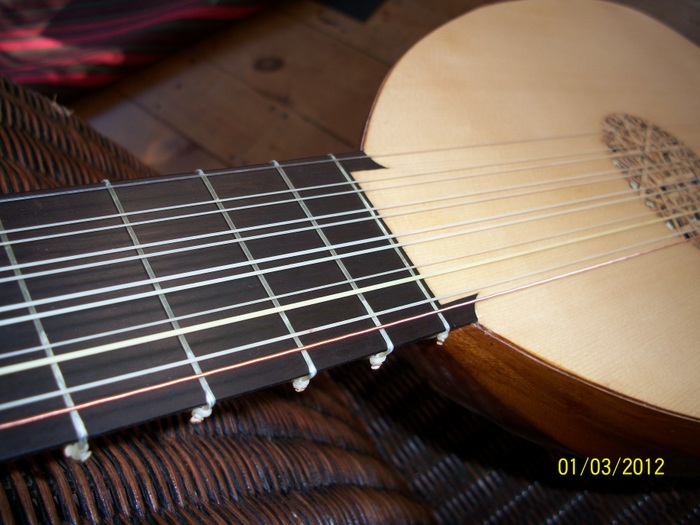 The final instrument, ready to be played and cherished by its new owner. It now has a warm sweet sound, ideally suited for playing the early renaissance lute repertoire. 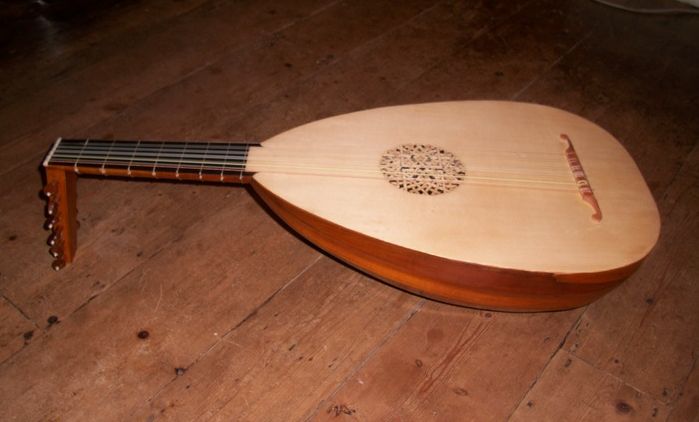 Contact us if you have a lute that needs refurbishing or some TLC.

See other examples of our refurbishment and setup and repair work.